Born in 1957 in northern India, Prem has addressed live audiences of over 15 million people in events in over 250 cities across all continents. His talks have been translated into over 75 languages.

In 2012 he was awarded the Brand Laureate award by the Asia Pacific Brands Foundation, an award only previously given to three people including Nelson Mandela and Hillary Clinton. 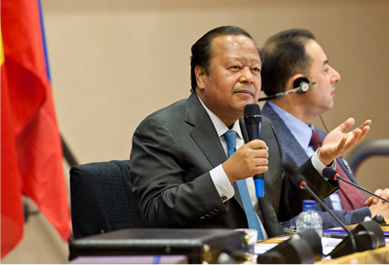 Speaking at the European Parliament 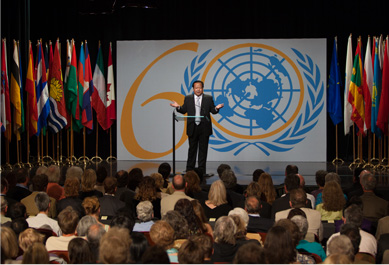 In 2001 Prem created a charitable foundation to help people live with dignity, peace and prosperity.

One of the foundation’s projects, called Food for People, started when Prem visited Bantoli in India. The children of the region, though rich in spirit, were grossly malnourished. Working with the local community, the foundation built a facility that provides a daily meal and clean water to those who need it. The facility provides long-term support to the community and is now run by local people with the help of the foundation. This has had a dramatic impact, decreasing crime rates in the region. Due to better nutrition the first children from the region are now attending university.

There are also Food for People facilities in Ghana and Kathmandu, Nepal, with more being planned. The programme puts great emphasis on respecting the dignity of the recipients and their culture. The foundation works with the recipients to ensure poverty can be tackled at a fundamental level, so that the local people can ultimately become fully self-sufficient.

The Prem Rawat Foundation also provides contributions to disaster relief, working alongside other major charities around the world. Another aspect of the foundation’s work is the Peace Education Program, a series of DVDs combined with opportunities for reflection and discussion on various key topics such as strength, choice, hope and personal peace. The course has been presented in 48 countries by a large variety of organisations and community groups, including colleges, youth programmes, adult education programmes, hospice centres, retiree centres, prisons and parole rehabilitation programmes. Shown in over 110 prisons around the world, the programme has been linked with reducing violent activity and falling reoffending rates. One prison guard at the Dominguez jail in San Antonio, USA, said, ‘Almost four years later the programme is still turning out good offenders that have gone back out into society and do not return to the Dominguez unit. The behaviour of those who attend the programme has noticeably improved and their disciplinary record has gone way down, if not totally.’